Mexican food - Do I have to interrogate the chefs? 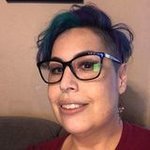