The trouble shooting I did and what worked 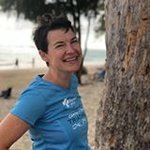