Coconut oil from Costco tastes too much like coconuts 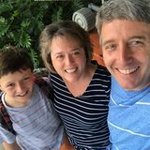