Fasting sugar has gone up, not down? 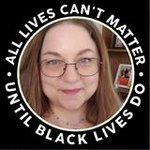 By Jeanni Hall,
February 22, 2016 in Whole30 with medical conditions