Need a little help with kids 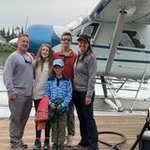