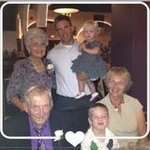 By Travis Lay,
November 9, 2012 in Food, Drink and Condiments