How is training my stomach to overfill a good thing? 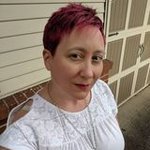 By Bodhitree,
December 3, 2017 in Troubleshooting your Whole30