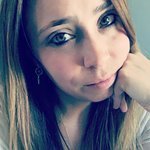 Did you start over??

By mistysickmeier, January 29, 2019 in Troubleshooting your Whole30