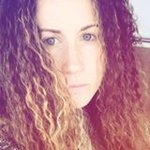 By bethanywhole30, September 19, 2019 in Troubleshooting your Whole30