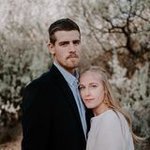 By Dina VandeHoef,
February 3, 2020 in Troubleshooting your Whole30