Top Posters In This Topic

Here she goes.... here she goes again.... Howdy peeps. I'm back. Again. Jeez I'm predictable. BUT this time is a bit different. It's not a round, it's not for set days, and it has slacker rules, 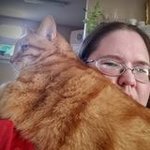 You're probably going to get more responses if you post a new topic of your own, rather than posting in someone else's personal log. I'd  suggest this part of the forum: https://forum.whole30.com/foru