What to think of Matt Stone 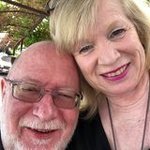 By Annette Louise Alvidres Grable,
March 11, 2013 in Troubleshooting your Whole30