My Whole30 Success (can't wait to do another!) 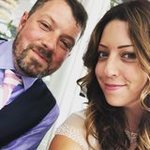