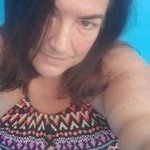 By PaisleyPumpkin,
February 11, 2016 in Success Stories